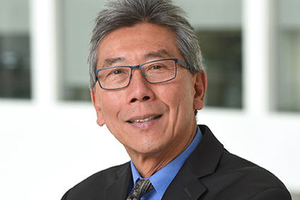 The United States Institute of Peace (USIP) was founded by Congress in 1984 as a national, nonpartisan and independent institute charged with the mission of preventing, mitigating and resolving violent conflict abroad. USIP dedicated its early years to partnering with academic institutions to support the development of peace studies. After the Soviet Union collapsed, the Institute focused on violent conflicts within states, deploying teams to apply directly the practical tools of peacebuilding. As the world became more multipolar and multi-stakeholder, USIP sought to build peace in fragile states both from the bottom up and from the top down.

Five years ago, the Institute articulated a theory of change that assumed the absence of conflict alone is not sufficient to ensure peace. Instead the theory held that peacebuilders must work within a transformation framework that recognizes the conditions necessary for sustainable peace—inclusive societies and political processes, economic opportunities, citizen security, and access to justice. In our rapidly changing world, USIP has necessarily evolved again in response to today’s increasingly complex threats to global peace and security.

In this lecture, Dr. David W. Yang, USIP’s Vice President for Applied Conflict Transformation, will present the Institute’s new strategic plan and discuss its support for strategic peacebuilding in conflict zones around the world.

David W. Yang is the vice president for Applied Conflict Transformation (ACT) at the United States Institute of Peace.  He leads the ACT Center, which houses the Institute’s thematic practices and Academy.  For three decades he has worked to bridge theory and practice at the intersection of peacebuilding, human rights and poverty reduction.

From 2010 to 2017, Dr. Yang served in USAID’s Bureau for Democracy, Conflict and Humanitarian Assistance, first as the director of the Center on Democracy, Human Rights and Governance (DRG) and later as the deputy assistant administrator in charge of DRG and peacebuilding.  During that period, he co-chaired the Governance Network of the OECD’s Development Assistance Committee, collaborated with the OECD’s International Network on Conflict and Fragility as well as the International Dialogue on Peacebuilding and Statebuilding, and mobilized international support for the UN’s historic Sustainable Development Goal 16 on peace, justice and inclusion.

In addition, Dr. Yang has served at UNDP as a senior advisor on peacebuilding and democratic governance; and at the State Department as a presidential management fellow on refugee affairs, a speech writer for the Secretary, and the senior coordinator for democracy promotion.  In the NGO sphere, he has served as the executive director of PartnersGlobal; and as a research fellow at the U.S. Holocaust Memorial Museum’s Center for the Prevention of Genocide, where he analyzed atrocity prevention in fragile states.  In supporting arts for peace, he has co-directed a puppet troupe of refugee children and directed cross-cultural theater productions.