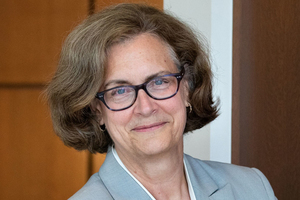 Professor Beth Simmons leads the Borders and Boundaries Project at Perry World House at the University of Pennsylvania. The project includes several research teams studying border politics across a variety of research areas.

Political scientists have made few attempts to systematically analyze variation in national border policy. To address this, Simmons’ lecture will explore the concept of “border orientation,” meant to describe the extent to which the state is committed to the displays meant to control the terms of breaching of its national borders. Simmons will present the first-ever effort to develop a geo-spatial database of the world’s major architectural features along international borders. These data are used to construct and validate estimates of border orientation, ranging from open and permissive to closed and controlling. Simmons and her research team highlight empirical patterns in these data, linking the global trend toward closed orientations with real and perceived pressures of globalization.

This lecture is hosted by the Mediation Program of the Kroc Institute.