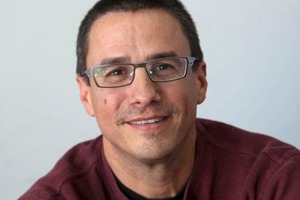 Professor of Politics and Government, Ben-Gurion University of the Negev

From Mosul in Iraq through Gaza City to Mocha in Yemen, accusations of using human shields as an instrument of protection, coercion or deterrence have multiplied. The dramatic increase of urban warfare, including insurgency and counterinsurgency, inevitably entails that civilians frequently occupy the front lines of the fighting and are often framed as weapons of war. Investigating the political use of human shielding, Gordon traces the historical development of this legal figure, showing both how this development reflects the ever-changing borders of the human and how it is currently being deployed to eviscerate the civilian status of the ex-colonized.

Neve Gordon is a Leverhulme visiting professor at SOAS, University of London, and a professor of politics at Ben-Gurion University, Israel. His research focuses on international law, human rights, the ethics of violence, and the Israeli-Palestinian conflict. Gordon is the author of Israel’s Occupation (University of California Press 2008), co-author (with Nicola Perugini) of The Human Right to Dominate (Oxford University Press 2015), and the editor of two volumes on human rights. He has also published many academic articles and book chapters and has written for an array of media outlets, including The Nation, The LA Times, The Chicago Tribune, The Guardian, Al Jazeera, and The Chronicle of Higher Education. He is currently working on a new book project dealing with the history and politics of human shields.