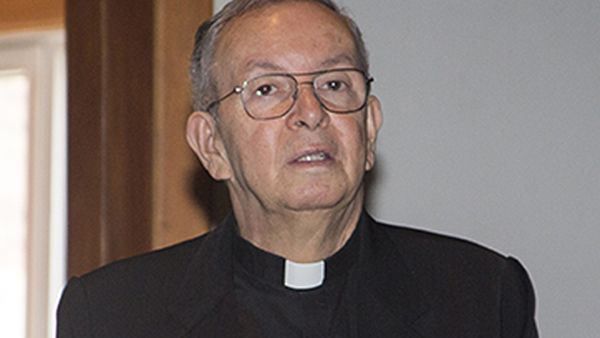 2016 was a monumental year for the Colombian peace process, but it remains an incomplete and ongoing process. After a popular vote narrowly rejected the peace deal and a revised agreement was signed, the implementation of that agreement begins. Through it all, the Catholic Church has been a central actor in the peace process as the Church was key to facilitating dialogues that led to the agreement.

Now, as leaders attempt to set into action a system for transitional justice and a broader project of rebuilding a post-conflict nation, the Catholic Church in Colombia will continue to play a vital role in the delicate implementation process and will be key to supporting efforts for reconciliation. Msgr. Héctor Fabio Henao will elaborate on this crucial role of the Catholic Church and will be sharing his unique perspective on the Church’s position throughout the Colombian peacemaking process.