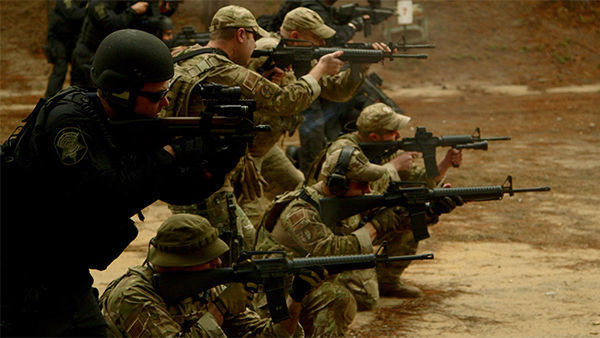 Starting on the streets of Ferguson, Missouri, as the community grapples with the death of Michael Brown, Do Not Resist—the directorial debut of Detropia cinematographer Craig Atkinson—offers a stunning look at the current state of policing in America. The Tribeca Film Festival winner for Best Documentary puts viewers in the center of the action. From a ride-along with a South Carolina SWAT team and inside a police training seminar that teaches the importance of “righteous violence” to the floor of a congressional hearing on the proliferation of military equipment in small-town police departments, this film explores where controversial new technologies, including predictive policing algorithms, could lead the state of policing in the future.