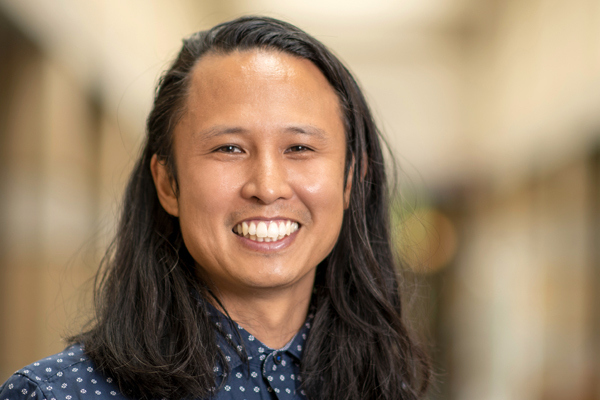 Justin de Leon earned his Ph.D. in international relations with a focus on gender and women’s studies and Native American Studies at the University of Delaware and holds certificates from Stanford University and Syracuse University. De Leon was previously part of the Ethnic Studies Department at University of California San Diego teaching courses on race, gender, and indigeneity, a member of the Global Feminism Research Collaborative at Vanderbilt University, and a Visiting Research Fellow at the Kroc Institute for International Peace Studies.

As a visual artist and documentary filmmaker, their most recent film collaboration, More Than a Word (Media Education Foundation, 2018) about Native mascots in professional sports, has been screened at over 250 universities across North America and was nominated for a Backstory Public History Award and Best Documentary at the San Francisco American Indian Film Festival. Their current media projects include: The Last National Park documentary that puts forward a critical history of the relationship between National Parks and Native peoples, a Canadian-based feature film (as Director of the community programming Creative Sovereignty Lab and as scriptwriter) that is about the complexities of hybrid identity (Black-Native) and offering a new community-engaged and participatory model of filmmaking (and the recent winner of the Audience Choice Award at the Toronto International Film Festival’s Big Pitch, as well as co-hosting (with Dr. Ashley Bohrer of the Kroc Institute) an audio podcast series that dives into intersectional and decolonial approaches to teaching.

De Leon is the Director of the Native Film and Storytelling Institute, which held a pilot program at UC San Diego, and previously served as Media Director of the Indigenous Oral History Program for the UN’s Documentation Center for Indigenous Peoples (DoCIP). He is a Rotary World Peace Fellow and, prior to graduate studies, worked in the peace and conflict resolution and global development fields in locations such as Northern Ireland, Nepal, India, Cambodia, the Philippines, Thailand, Honduras, Kenya, Tanzania, and Uganda.